How To Cut Your Guinea Pig's Toenails

How To Cut Your Guinea Pig's Toenails

Guinea pigs' toenails grow continuously, just like your fingernails. In the wild, guinea pigs run about on rocks and rough ground a lot, and thus their toenails get worn down naturally. In captivity, however, these animals are often kept in plush, bedded cages. And even when they're let out to run, it is on grass or the carpet. Thus, their toenails need to be trimmed in order to keep them from overgrowing and causing problems like foot sores and bent toes. Here's how to trim your guinea pig's toenails:

If you've never trimmed your guinea pig's nails before, the experience may be a bit unfamiliar and frightening to your pet. A week or so before you plan on actually trimming the nails, start playing with your guinea pig's feet to get him or her used to this kind of handling. Pick up a foot, hold it gently for a minute or two, and then set it back down. When your guinea pig lets you do this without a struggle, it's time to start trimming.

Grab your nail clippers (basic, human nail clippers work best), and then hold the guinea pig in your lap while you sit on a couch. Do not sit on a narrow chair -- if the guinea pig gets scared, he or she may shoot off your lap, and if you're on the couch, this will be a lot safer. Have your guinea pig face to the left, so you can trim his or right feet first.

Pick up one of the right feet. It's usually easiest to start on the front, but if your guinea pig is less fussy about the back feet being handled, start there. Press on the foot just slightly to spread the toes apart, and then position one of the nails in the clippers. Look for the quick, which is a vein that runs down the center of the guinea pig's nail. It appears red in clear nails and darker black in dark-colored nails. Don't cut into this -- position the clippers further down the nail from it. Press down on the clippers to cut the nail.

If your guinea pig reacts negatively to the first nail being cut, take a few minutes to calm him or her down before cutting another one. It may take you some time to cut all of the nails the first few times around, but soon your guinea pig will get used to this process, and you'll be able to cut them in just a few minutes. 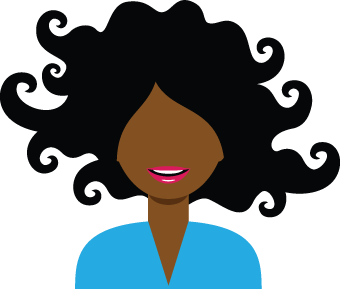